The situation of Russian restaurants during this pandemic crisis

Like all businesses, the hospitality industry has been deeply affected by the Covid-19 pandemic. Restaurant and pub owners had to reinvent their business in order to survive and those who could not rapidly adapt encountered immense losses.

How did restaurants from Russia in general and, more specific, from Yakutia (The Republic of Sakha), located in the northeastern Siberia, cope with this situation? I am Pasha and I joined Poloniq team one month ago. In this article, I will give you an overview about the hospitality industry situation from Russia, my home country.

How’s the situation in Russia?

Russia has over 130,000 eateries, all affected by the quarantine restrictions imposed since the end of March, when restaurants had to close their doors. Since June, the restrictions have been gradually lifted and restaurants reopened, not unless they met the new requirements: tables set at 1.5 meters away from each other, disinfectants and antiseptic wipes at the clients’ disposal, tableware washed at high temperatures with disinfectants or disposable tableware, employees’ health constantly monitored.

Rospotebnadzor (The Russian Federal Service for Surveillance on Consumer Rights Protection and Human Wellbeing) strictly imposed these rules, allowing only the reopening of restaurants that have outdoor spaces. However, the Russian state will offer support to this sector – up to 200 billion Russian rubles will be distributed in total to restaurants all across the country.

Tatyana Mineeva, the Moscow Commissioner for the Protection of the Rights of Entrepreneurs, has declared in June that it is expected that up to 40% of restaurant and hotel businesses will not survive – not necessarily die off, but the current owners will not be able to continue with it.

In Yakutsk (the capital of the northeastern Siberian region), restaurants opened their terraces starting with the 2nd of July.

How are restaurants from Russia and Yakutia?

One great example of how restaurants from Russia have adapted is Zazazu, a wine shop bar from Saint-Petersburg.

Except for the fact that they introduced delivery in their business model, they launched a creative, yet risky option – a secret dinner available for delivery. The clients who order this package don’t actually know what they will have for dinner – it’s all a surprise.

One of Zazazu’s biggest advantages is the great location – near to the network of rivers and canals – St. Petersburg is often called the Russian Venice. Therefore, clients can choose to dine in a boat. Just imagine that! 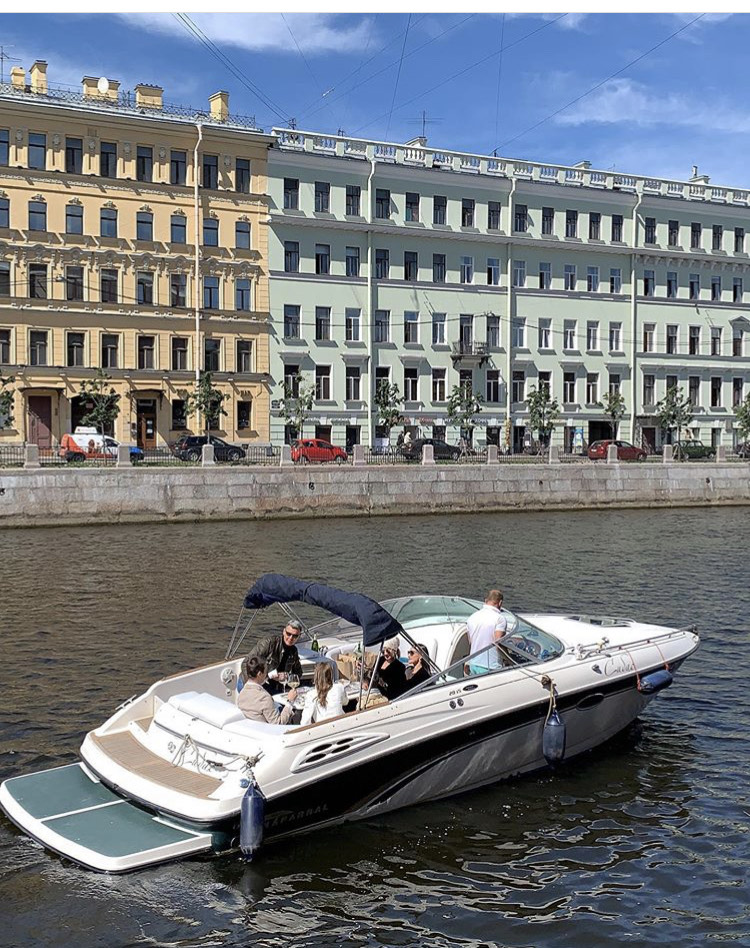 One restaurant from Moscow that seems to have been ahead of its time is Black Star Burger, which provided synthetic black gloves to every client who ordered a burger long before the pandemic. The practice was adopted by few restaurants around the world, but has been generally considered odd. Although wearing disposable gloves while eating a burger does take away some of the tactile pleasure - you can’t feel the bun, the heat, the sauces, and the hands get sweaty inside - they could be a good option now, especially for clients who didn’t get the chance to wash their hands. However, some scholars argued that gloves are not necessarily more hygienic than good hand washing, and they create waste. 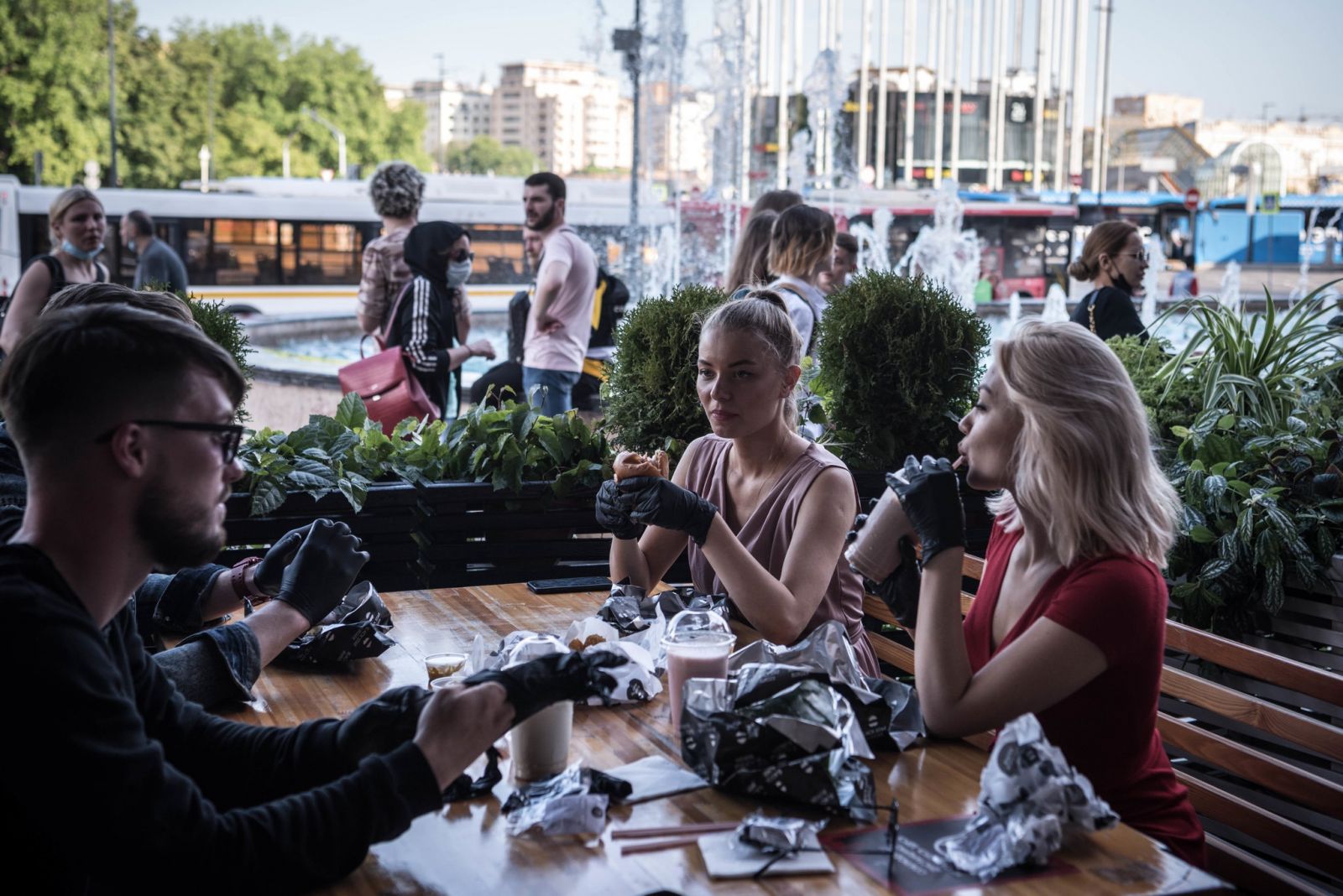 Boris Zarkov, the founder of the fine-diging restaurants’ chain “White Rabbit Family”, has over 14 restaurants in the capital and 12 restaurants in Sochi, a city next to the Black Sea. He said that this is a hard time for his business and that he was not expecting something this serious to happen. One of the main issues for restaurateurs is paying rent - most of the property owners did not agree to postpone the due date. However, he thinks that the prices will remain the same, believing that increasing them will not benefit him in any way in the long run. 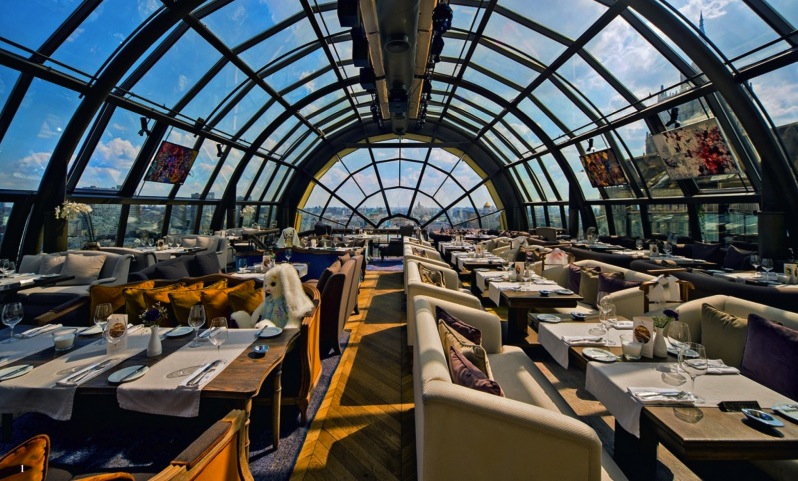 One of the most popular restaurants in Yakutsk is ‘Roof’, with a beautiful veranda and an amazing panoramic view of the city. The management had to rely on delivery during this period. Because hiring delivery workers was not possible because of low revenue, the staff itself had to deliver the food.

Muus Khaya, a restaurant whose name translates into „ice mountain”, is popular for its Yakutian modern cuisine. In March, they were forced to close their doors, but after two months, they opened for delivery for the first time ever. Unlike many restaurants, they don’t deliver cooked food, but frozen products such as fish, dumplings or meat.

Masamune Ramen, a quite new restaurant from Yakutck with Japanese noodle soup ramen, tried to keep its operations going in the beginning of the pandemic through delivery. However, in April, they decided to completely close the restaurant, disappointing a part of their fans. This is why they reopened in June. This is an example of a restaurant that decided to completely shut off during quarantine, seeing that it’s even more expensive to pay rent and salaries only for delivery. 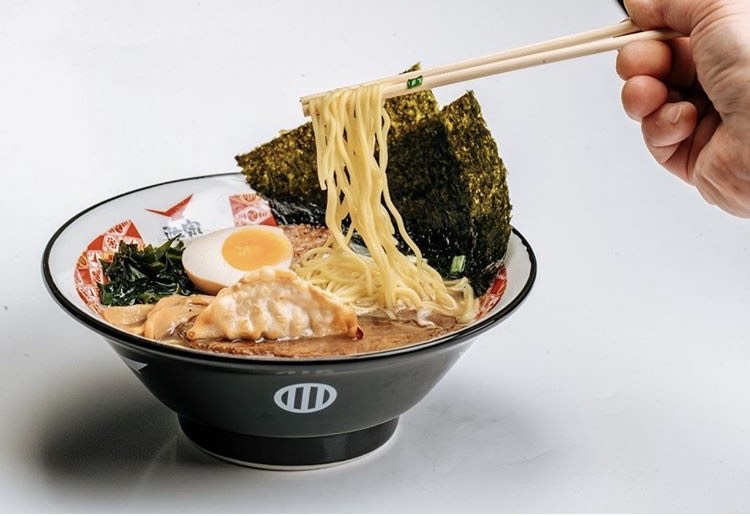 How is my favorite restaurant dealing with everything?

My all-time favorite restaurant from my hometown is Makhtal, which means "thank you" in Yakutian language.

Makhtal is popular for its authentic Yakutian cuisine. The new context pushed the management towards two major changes: first, they had to implement a delivery system in order to keep the business running – they’ve never delivered food before the pandemic; after, they built a terrace right outside the Old city center. 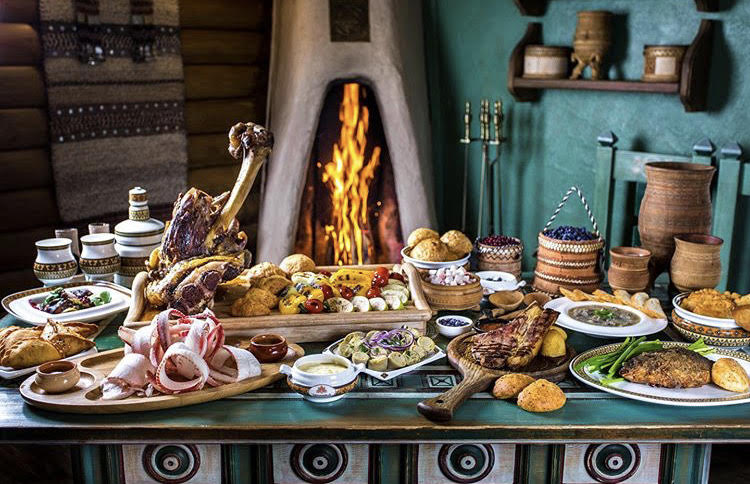 During this period, most of the restaurants had to rely on online food delivery marketplaces. The most popular ones in Russia are Yandex Еда and Delivery club. Online food ordering increased with 12% since the spread of the new Coronavirus. More than 64% of people said that they have used delivery services in the last 3 months. Over 52% of people ordered Russian or Ukrainian cuisine, while 30% ordered street food.

In Yakutsk, Food Boom and ЕдаYkt are other popular platforms for online food ordering. However, FoodPana and Glovo are not common. Because Instagram is the most used app there, it is important for restaurants to be present on this channel.

A pinch of Russian humor

Even if there are some solutions, such as shifting to delivery or opening the terraces - for those restaurants which have the possibility - the losses have been substantial and owners are inevitably upset. In June, hundreds of restaurants and bars owners and employees posted nude photographs of themselves, with carefully positioned plates, cups, napkin holders and other industry-related items, as a way of campaigning for their businesses to be allowed to reopen.

Why naked? Because they are left with nothing, restaurant owners have declared. 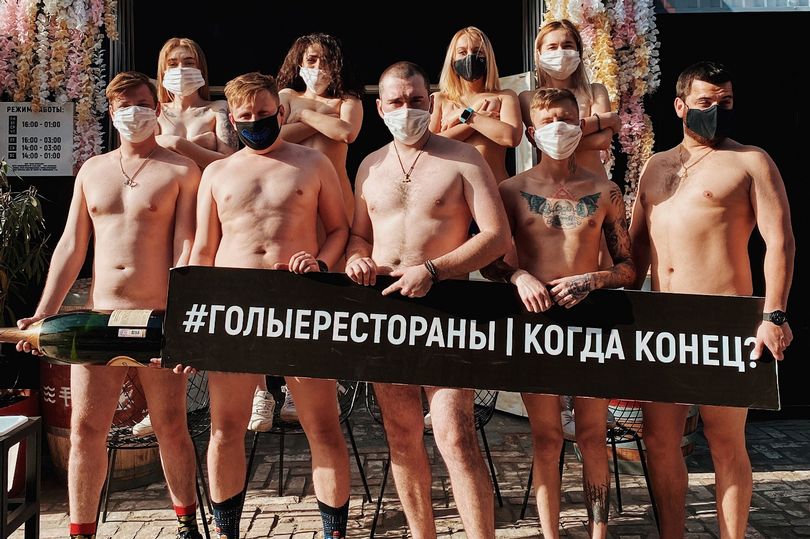 About Yakutia and Yakutian cuisine

Because I mentioned Yakutia - the region I am from - let me give you just a glimpse of life there, in one of the coldest places on earth. The Republic of Sakha (Yakutia) is located in the north-eastern Siberia. 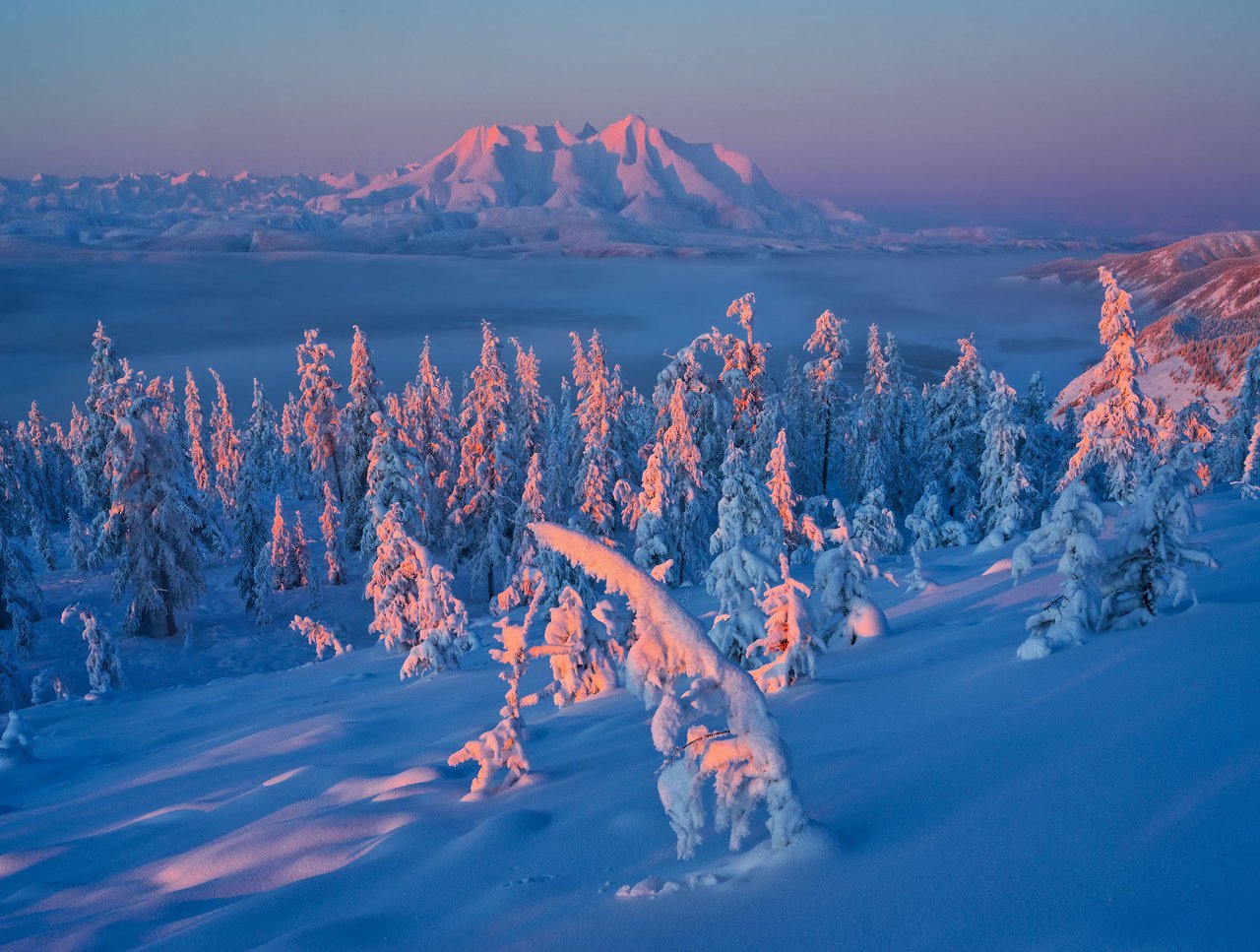 The capital of the Republic is Yakutsk, located “6 hours flight by plane” away from Moscow. Yakutia is a “diamond country”, with the biggest territory in the world covered by wild forest taiga. If you’re not a winter lover, only the thought of visiting it can give you goosebumps – the lowest temperature in winter can reach -60 °C. But I do have some good news for you – during summer, the temperature can go as high as +34 °C. Quite a difference, huh?!

Regarding Yakutian cuisine, except for the soviet dishes that you could already be familiar with – such as borch with beet, let me tell you about our frozen fish Indigirka’ (see the photo above), made of diced frozen fish mixed with onions, oil, salt, pepper, and traditionally served in ice bowls. Or about the delicious horse ribs Oyogos. 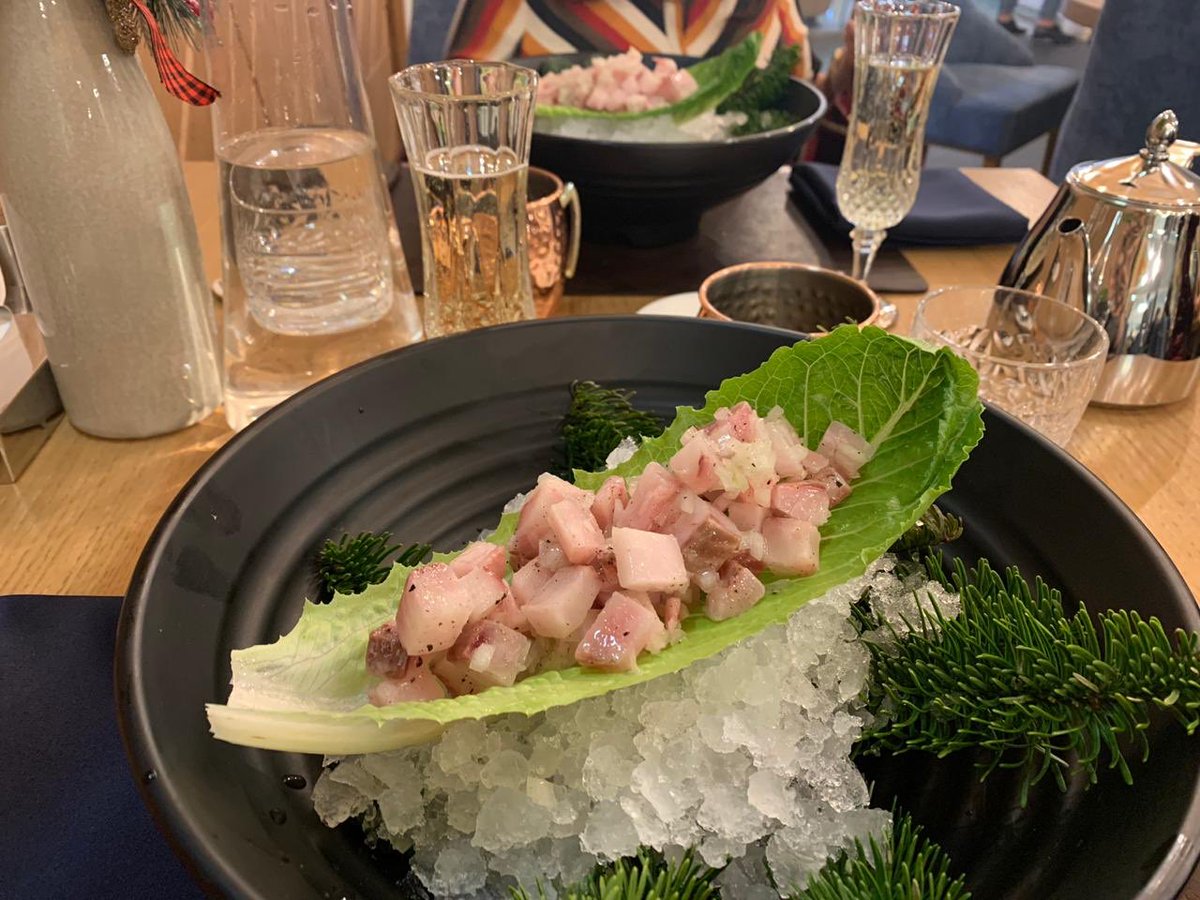 Coming back to the topic of restaurants, we don’t know yet how long it will take for the hospitality sector to get back on its feet. However, one thing we know for sure – the scars left by the pandemic in all restaurants owners will be hard to heal, yet not impossible. And we, as clients, can help them by showing our support.