My name is Pasha and I am from one of the coldest places on earth – from northeastern Siberia, The Republic of Sakha (Yakutia), Russia. In 2018, I came to Romania to study master’s, and one month ago I joined Poloniq, a team of real food lovers, just like me.

Since I’ve moved to Romania, a lot of people have asked me: what do you eat there in your hometown? And how cold is it there?

To answer your questions, let’s immerse together in the wonderful gastronomy of the cold, breath-taking Siberia. 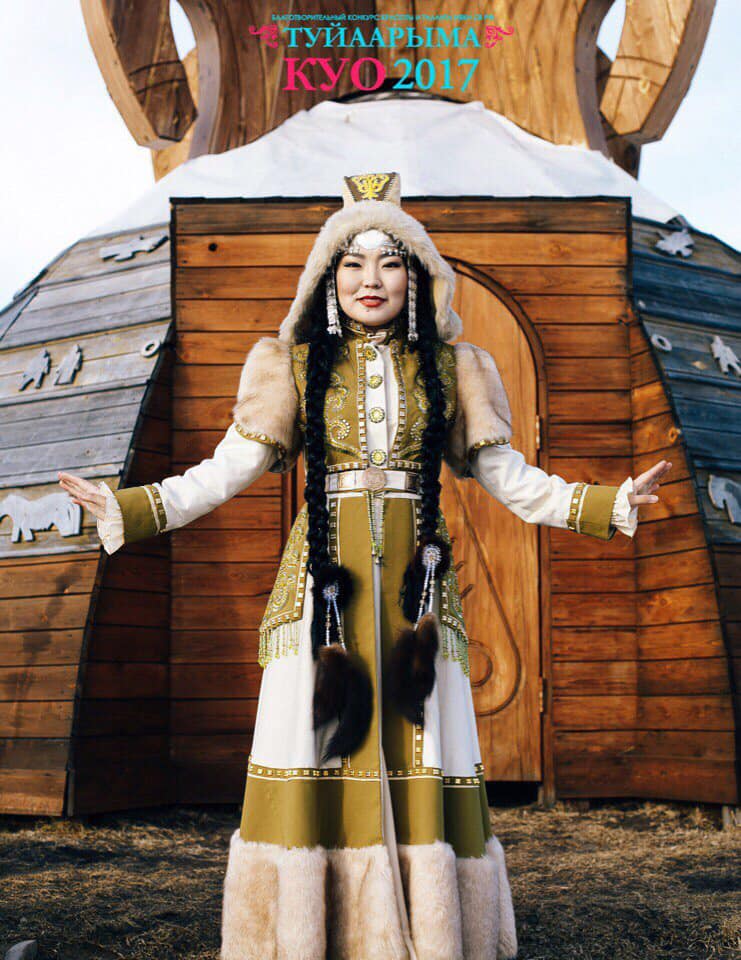 In Russia, there are at least 60 different recognized ethnic groups. While the majority of the population is Russian, there are also Ukrainians, non-Slavic linguistic and ethnic groups such as Tatars, Bashkirs, Yakut, Chuvash, Komi, each with its own history, language and cuisine. Maybe you'll be surprised to find out that more than 25 of these nations speak Turkish.

Now let me ask you - what do you see when you think about Siberia? A vast white, diamond landscape, with wild nature and taiga? I can tell you one thing for sure – whatever you imagine, it’s 100 times better than that. The huge Siberia, from the Ural Mountains in the west to the Pacific Ocean and from the Arctic Ocean in the north down into northern Kazakhstan and the borders of Mongolia and China, is one of the coldest places on earth. 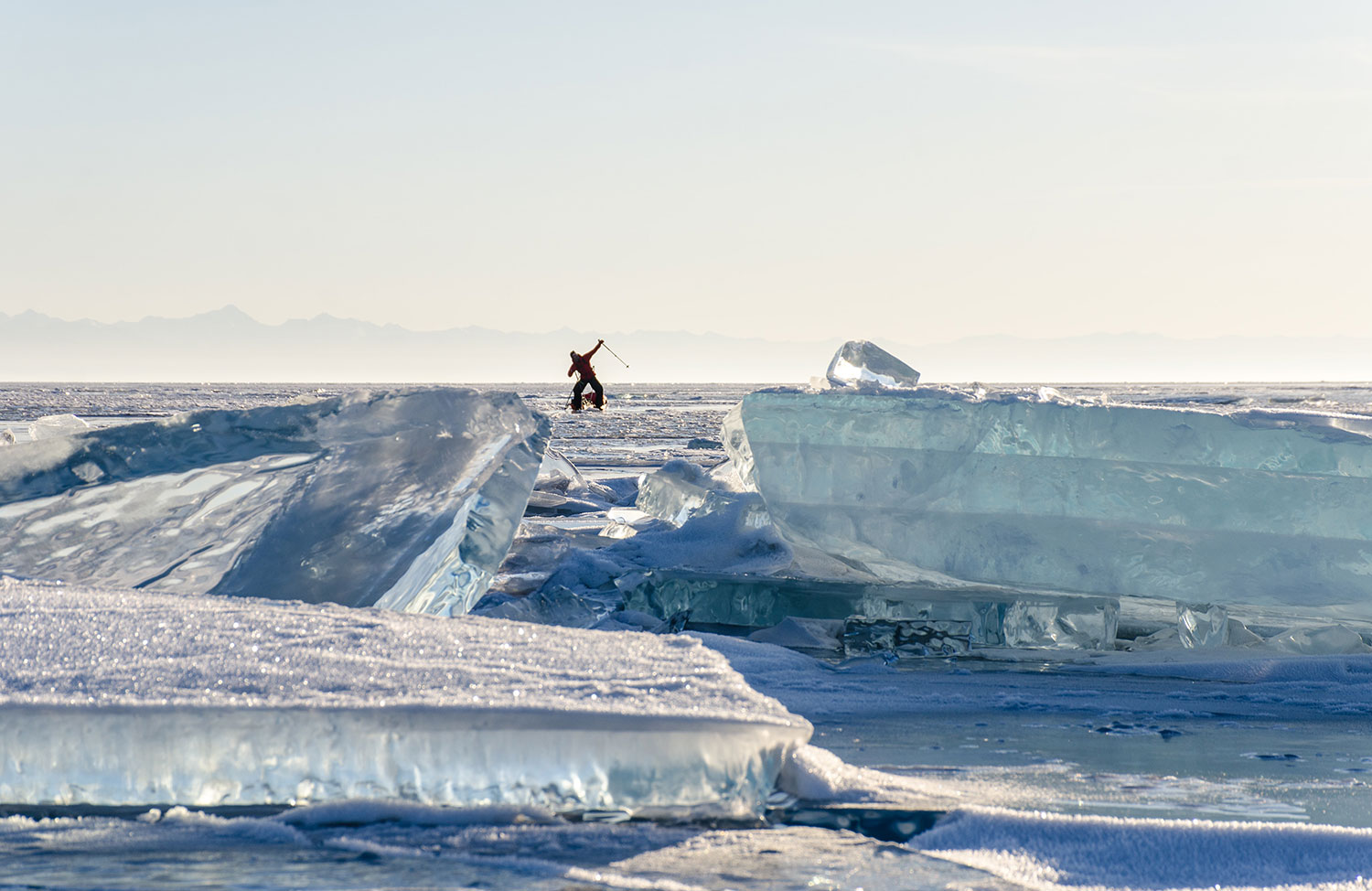 Siberians love eating together with the whole family and are very hospitable. They welcome every guest with warm tea and food. There is this belief that Siberians are such warm people because of the extreme cold weather – they compensate it through their kindness and hospitability.

I am from the central region of The Republic of Sakha (Yakutia), whose capital is Yakutsk. Yakutian cuisine has been influenced by Turkish, Mongolian, and arctic cuisine. Locals consume a great amount of fresh and raw products, rich of vitamins. The 3 basic products are fish, meat and milk.

I assure you that if you go there and try any kind of meat, you will be surprised by its wonderful, very different taste. I’ve traveled to different countries and I couldn’t find anywhere the same taste. I suppose this is because Siberian livestock thrives in a very isolated and clean environment.

Let’s imagine that you are now in Siberia. The menu for today is:

-  Siberian pelmeni or dumplings, filled with different types of meat, with a generous chunk of butter and seasoned with black pepper – heavenly taste! Usually, locals prepare a great amount of pelmeni – around one hundred – and freeze them. This way, it’s very comfortable for people who go hunting in winters to carry pelmeni with them and quickly prepare a good lunch just by putting them in boiling water for a few minutes. 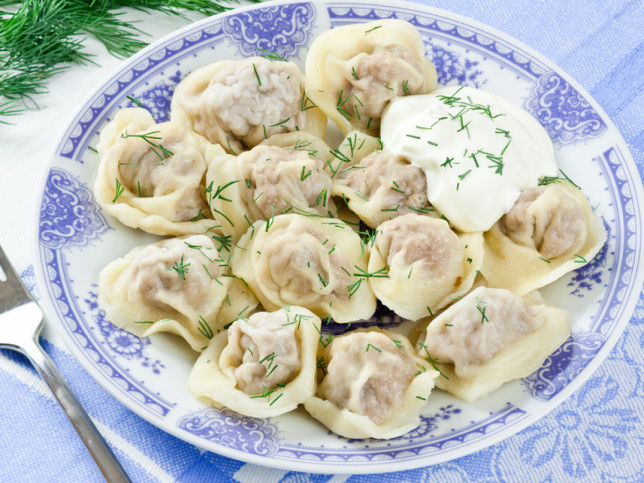 -  Omul fish from the Baikal Lake, with a soft fatty texture and savory flavor. The most popular way to eat it is smoked, but locals also fry it or bake it. 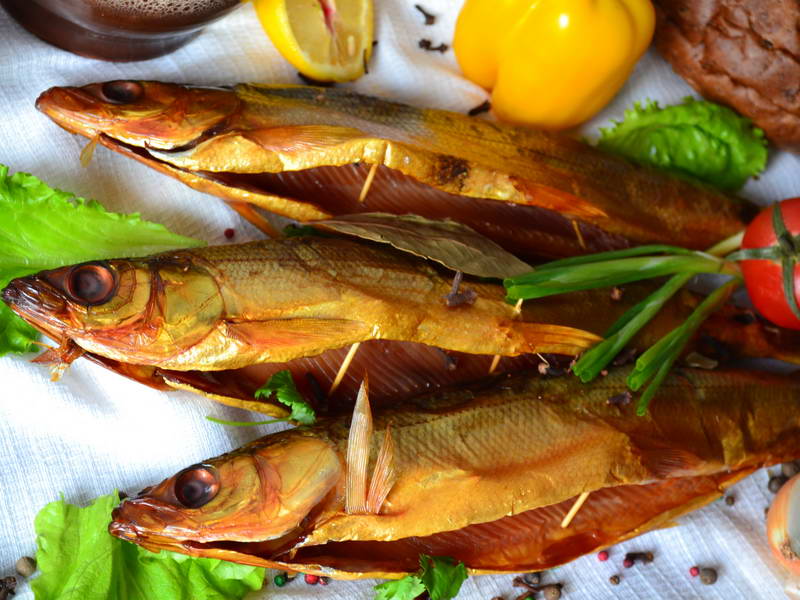 -  Stroganina, a raw dish from frozen white fish. This dish is popular in north part of Siberia and consists of small pieces of frozen fish, seasoned with salt, pepper and lemon. 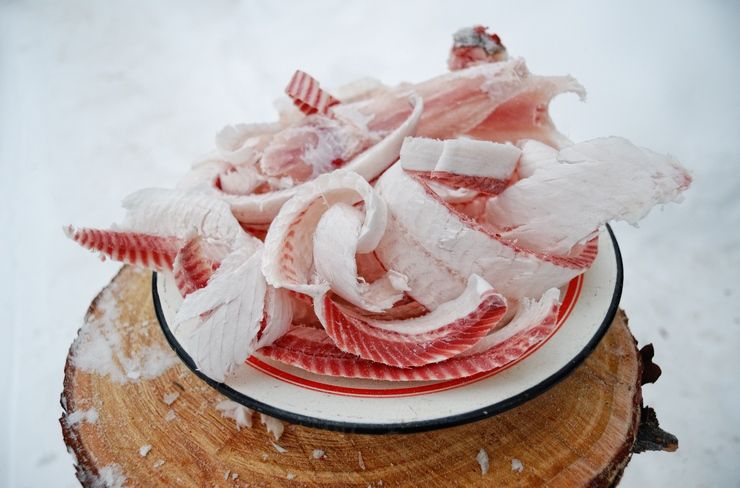 -  Medovik cake, a layered dessert made from condensed milk, buttermilk, custard or with sour cream, and similar to Napoleon cake.

-  To drink, you can have a traditional drink called kumis, made from horse milk, popular in Tatars and Bashkirs groups as well.

Or maybe you prefer Kvass, a traditional golden drink from Slavic cuisine, with a sour taste. It’s made out of rye malt, honey, and some spices. 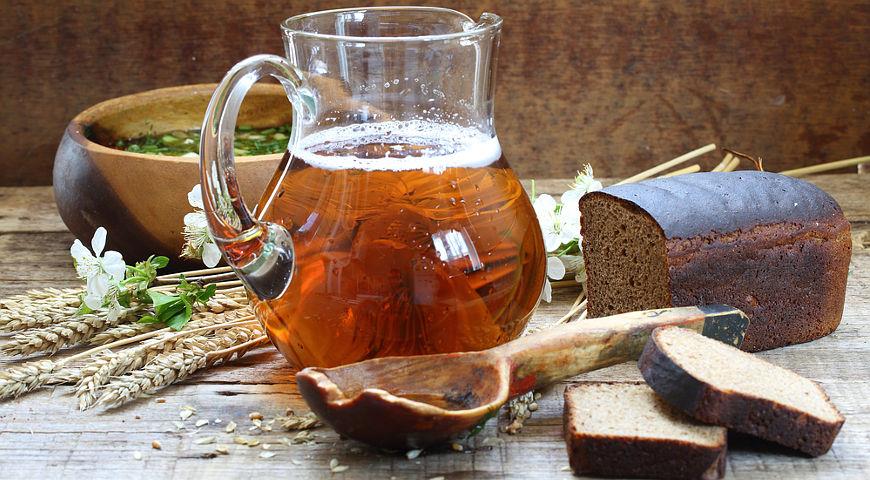 You could be surprised by this, but we have seasonal foods in Siberia – although not as varied as in Romania.

In winter, we eat many high-fat foods such as meat and fish. As you expect, our winters are extremely harsh - the temperature can get as low as -60 °C. One of my dearest memories from childhood is coming home during winter, with my eyelashes frozen and the entire face as red as a cherry, and eating hot beef soup and homemade bread with butter.

And of course we drink lots of herbal teas. We love to drink tea with some sweet pie or pryanik, traditional gingerbread cookies. "Let’s have a tea" is a popular saying and we like to invite someone over for a tea and talk about how cold it was today. :)

Believe it or not, summer days can get as hot as +34 °C. During this season, we eat many vegetables, salads and fresh homemade juices, such as Mors, a non-carbonated berry juice brewed for an hour and then diluted with water. It’s usually made from cowberries and blueberries. 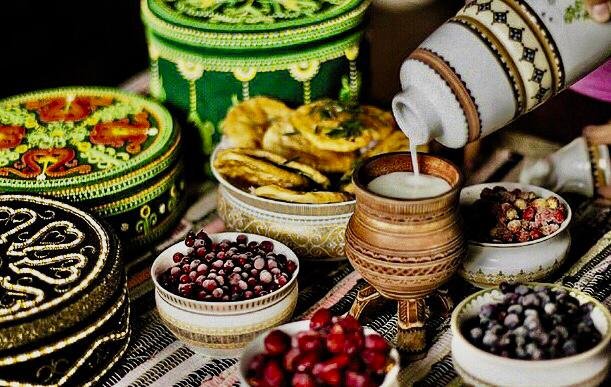 This is the time when we stock up for winter and make jams (usually from berries – we do have a lot of berries) and pickles.

Here’s my top 3 list of restaurants with Yakutian cuisine from Yakutsk, my hometown.

One of my favorite restaurants is called “Makhtal”, which translates as thank you. The interior design is traditional Yakutian, exactly like in old local houses.

From their dishes, I love the traditional salamaat, made from butter, flour and sour cream. It is similar to porridge, and it used to be prepared for women who just gave birth, because it’s rich in calcium and it’s good for blood circulation. 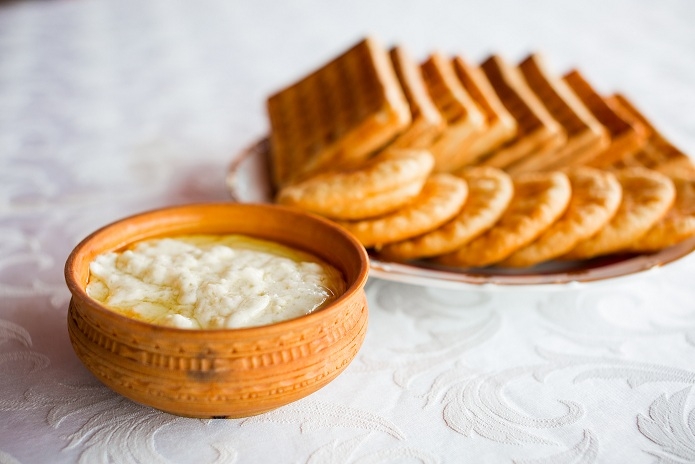 I advise you to try their gizzards soup...... 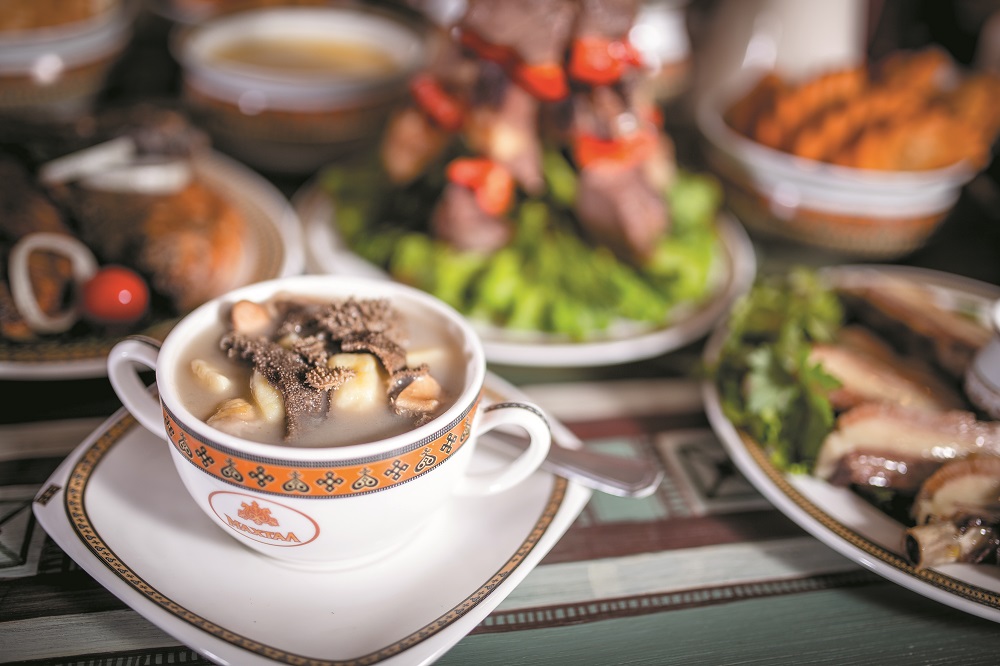 Another restaurant dear to me is ‘Muus Khaya’, translating as ‘Ice mountain’. They are serving traditional dishes with a modern twist. One of them is the famous ‘Indigirka’ salad, made from diced frozen fish and mixed with onions, oil, salt and paper. The whitefish is typically nelma or muksun, and the salad is traditionally served in ice bowls.

Last but not least, there’s the ethnographic complex ‘Chochur Muraan’. The complex, considered the ‘Kingdom of Permafrost’, has a restaurant with both traditional and European cuisine. 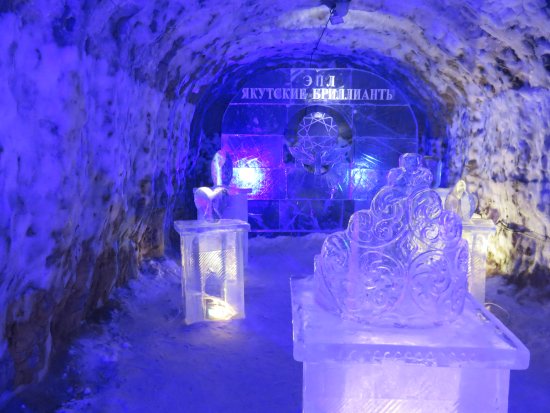 After a great dinner and a delicious ‘Kyorchekh’ dessert made from sour cream, milk and berries, you can go visit the mine with mammoths inside of the hills. It is going to impress you. I promise. 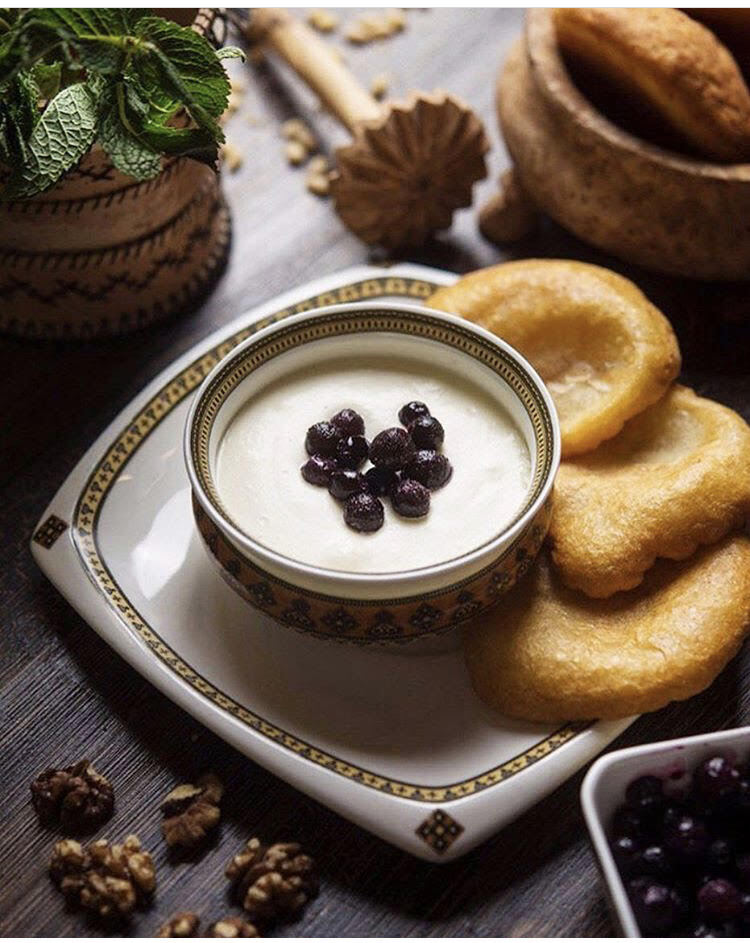 When I think about home, I miss my dear family and friends. And one of the things I miss almost as much is our food. I miss the childhood taste and the joy of enjoying a hot homemade soup in a very, very cold evening. 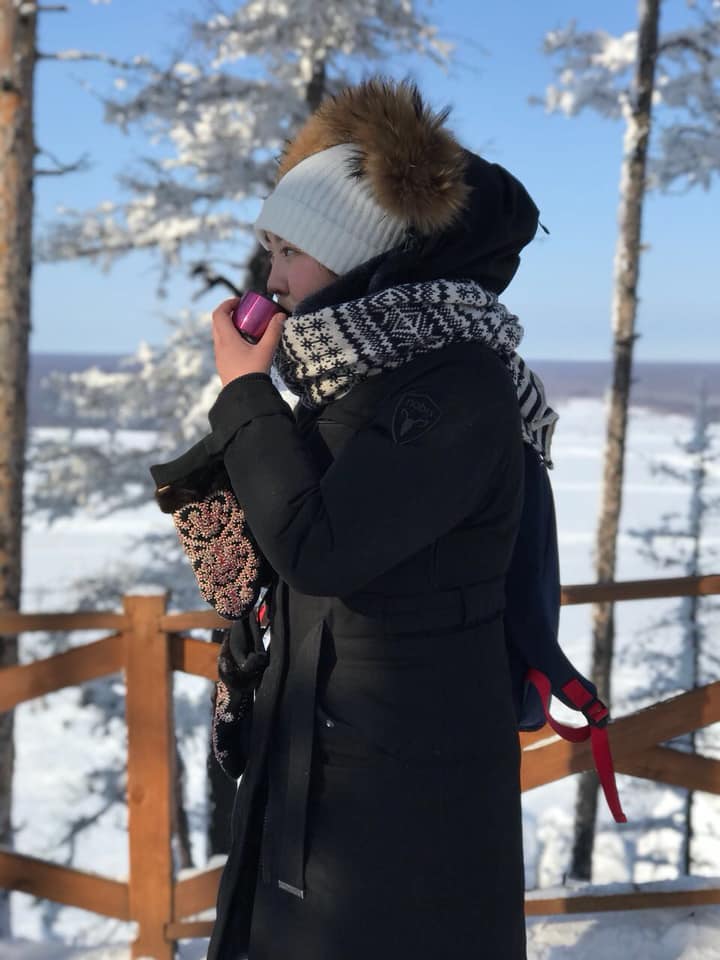 I wish I could find a magic spell and be able to make you feel the taste of Siberia. Until then, I hope that at least I stirred up your curiousity and made you want to experience it, if you’ll ever get the chance – and I hope you will.